“The FACE -Future Airborne Capability Environment (FACE™) Technical Standard is the open avionics standard for making military computing operations more robust, interoperable, portable and secure. The standard enables developers to create and deploy a wide catalog of applications for use across the entire spectrum of military aviation systems through a common operating environment.”...

Force Design 2030-National Defense Strategy–Creating prepositioning small units against PLA’s strategy of massive missiles in the South China Sea- National Defense Strategy Directive (2018) - “redirected the Marine Corps’ mission focus from countering violent extremists in the Middle East to great power/peer-level competition, with special emphasis on the Indo-Pacific. Such a profound shift in missions, from inland to littoral, and from non-state actor to peer competitor, necessarily requires substantial adjustments in how we organize, train, and equip our (Marine) Corps. A return to our historic role in the maritime littoral will also demand greater integration with the Navy and a reaffirmation of that strategic partnership. As a consequence, we must transform our traditional models for organizing, training, and equipping the force to meet new desired ends, and do so in full partnership.”

The National Defense Report states that “the most logical way to approach divestment is to take a systems perspective and reduce infantry battalions while proportionally reducing the organizations dedicated to supporting these battalions – direct support artillery, ground mobility assets, assault support aviation, light attack aviation, and combat service support capabilities whose capacity is similarly related to the size of the ground and air combat elements to be supported.” General David Berger, 38th Commandant of the United States Marine Corps, saw as essential, informed by trends in military technology, specifically the emergence and proliferation of the Mature Precision Strike Regime (MPSR), the rise of gray zone activities, and the Service imperative for maritime campaigning, General Berger provided the following direction: “We must acknowledge the impacts of proliferated precision long-range fires, mines, and other smart weapons, and seek innovative ways to overcome these threat capabilities Future force development requires a wider range of force options and capabilities. The Marine Corps must be able to fight at sea, from the sea, and from the land to the sea; operate and persist within range of adversary long-range fires; maneuver across the seaward and landward portions of complex littorals; and sense, shoot, and sustain while combining the physical and information domains to achieve desired outcomes. Achieving this end state requires a force that can create the virtues of mass without the vulnerabilities of concentration, thanks to mobile and low-signature sensors and weapons. In the context of force design, we need better answers to what does the Navy need from the US Marine Corp.”

According to Colonel Alan B. Will USMC (Ret), the concept of prepositioning small Marine units with rockets along a defensive line east of China creates a vulnerability to surprise attack by massed Chinese missiles against lightly defended units. A unit of 50 to 100 Marines is more of a recon unit designed to observe and report but not engage superior enemy forces. If the Marines possess a great number of rockets, they’ll be easier to locate, If they keep the numbers small, they’ll rely on resupply and be easier to locate. General David Berger wants Tomahawk missiles which are a complex system normally launched from submarines, ships and large aircraft. With the exemption of Guadalcanal, the U.S. Navy in the Pacific became an overwhelming air and surface force the Japanese could not defeat the U.S. Marines once they were dug in. Should the USMC be remade into small units in a war with China’s PLN and PLA?”

According to Daniel Goure of the Lexington Institute, “the one enduring lesson of the U.S. deterrence strategy of the past 75 years is that designing the military around a single contingency, in this case a major war with China, has always been a mistake. When this error is compounded by building the new force on small units with limited firepower that are only relevant to the first salvo of that war, you have a recipe for disaster. These units will have little capacity for self-defense and are likely to be brushed aside by the amphibious forces China will have a decade hence.

This email address is being protected from spambots. You need JavaScript enabled to view it. URL: http://www.GMCstream.com

WSJ contributed to this story. Think Carefully before remaking the USMC 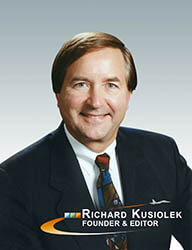